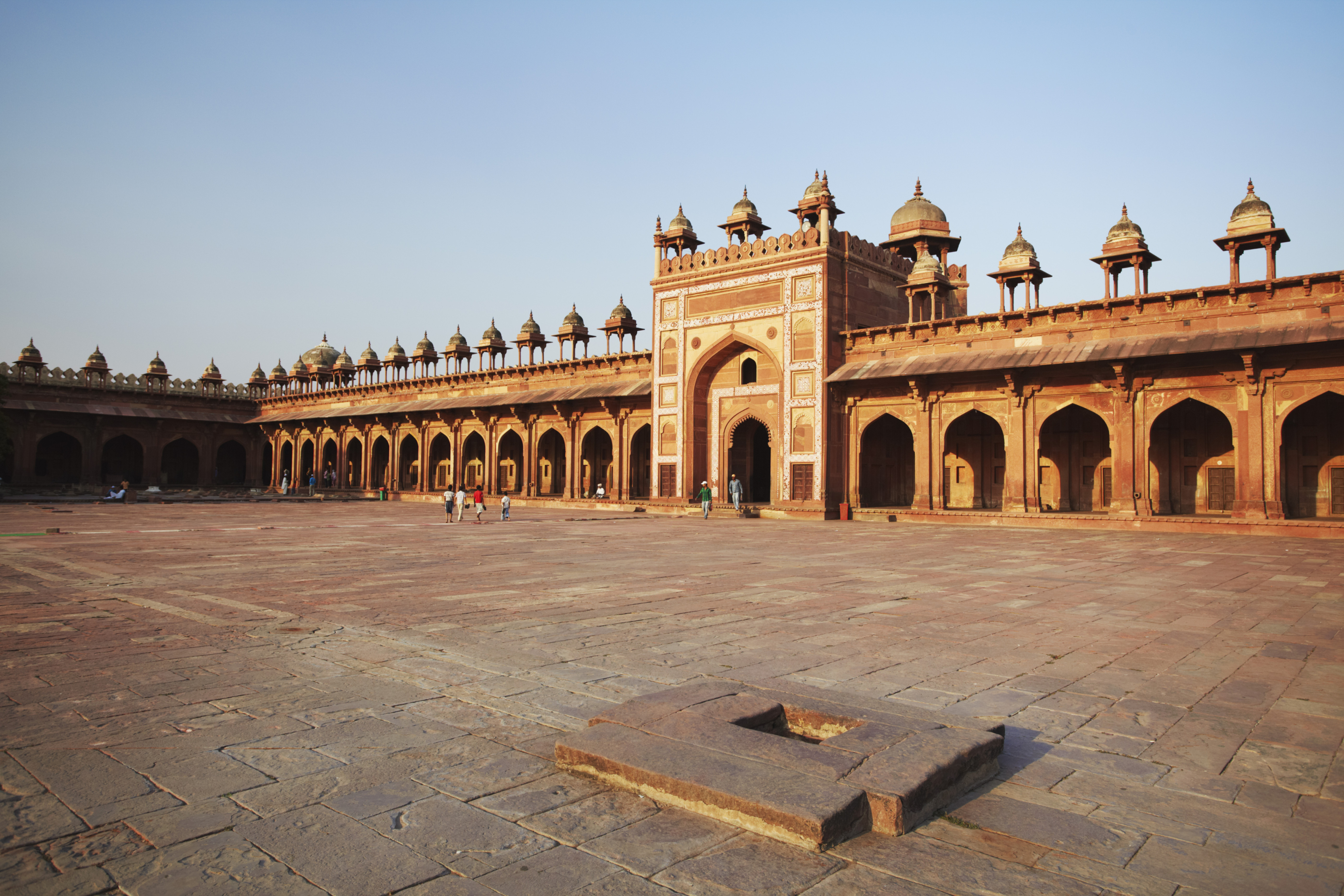 Jama Mosque also known as ‘Friday Mosque’ is the largest mosque in India. It is also one of the most visited tourist attraction in Agra District. It was built in the 17th century in the World Heritage Site in Fatehpur Sikri which is almost 540 feet in lenght (165 metres).

The structure of the Mosque is rectangular and is made of carved red sandstone. The interior of the mosque is decorated with carved Mirhabs and is one of the most prized collection of the Mughal architecture. Some of the designs of the mosque reflect beautiful Iranian architecture.