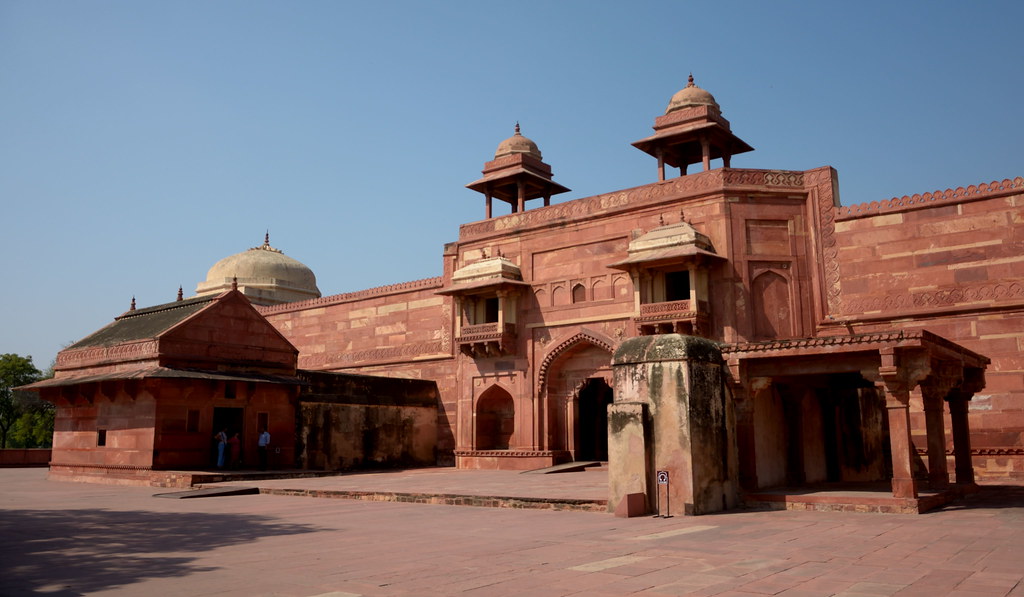 Jodhabai Palace also known as ‘Mariam-uz-Zamani Palace’ is one of the charming examples of the architectural styles of the Rajputs and the Mughals. The palace was used as a residence for the various queens of Akbar as well as other members of the Harem.

The architecture of the building is a rich amalgamation of the Hindu Rajputana styles with the Islamic Mughal style due to Jodhabai belonging to the Hindu Rajputana clans of Amer. Many Hindu motifs like Swan, Parrots, Lotus, etc have been used in the architecture of the building which confirms that the owner of the palace was a Hindu lady. The super structure of the palace comprises of chhatris, chhaparkhats with eight pillars, semi circular domes and triangular khaprel roofs.

The palace is situated at a distance of 1km from Fatehpur Sikri Railway Station. It is open on all days except Friday from 7AM-6PM. The entry fee is Rs 20 for Indians & Rs 260 for foreigners. Thus, this place gives an insight into the royal lifestyle of the Mughal Queens.